Is it Really A "Flagship"? Honor V30 Pro review

Major operators announced the official commercialization of 5G, which brought new challenges and competitions to this exhausted mobile phone market. Vera, 5G era, this is the new definition of Honor to the upgraded V series. The Honor V30 series is also the first mobile phone after the V series was upgraded to the Vera series. How many upgrades? How much has changed? Is there a taste of the past among the changes? V30 Pro, Honor's first new 5G flagship.

Internet speed determines the happiness index. So the first step of our experience still starts with speedtest. Under the NSA 5G in the experience hall, the V30 Pro achieved a download speed of 58M and an upload speed of 12M. Although it is already very fast, it is also much lower than the deployed 5G NSA site. The whole process also shows that 5g is not mature and stable, and we have repeatedly tested under 4G, and only ran a download speed of about 7M. At the same time, in the network speed test of the Tencent mobile game accelerator, the delay under 5G is about 41ms, which is slightly better than 48ms under 4G.However, when the game was actually tested, it was still limited by the NSA, and we did not feel a significant difference. In other words, we still haven't experienced the 5G real power of the Honor V30 Pro. This means that the Honor V30 Pro is already at the forefront of operators.

1.Design, screen
In appearance, this time V30 Pro does not inherit the V-shaped optical texture like V20, but with dark blue gradient frosted glass. Although there is not strong recognition, the texture and hand feeling brought by frosted glass are better. 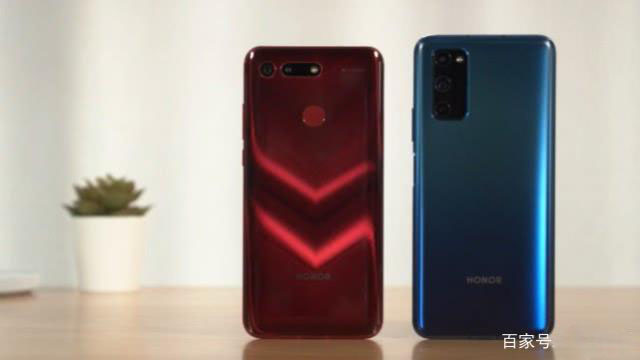 At the same time, the fingerprint on the back is combined with the power button and moved to the frame, which makes the entire back looks cleaner and more integrated.We have said that the physical fingerprint on the side is a good solution. In fact, it is already a very mature technology. Regardless of speed or recognition rate, the groove of the frame can guide the position of the finger very well. 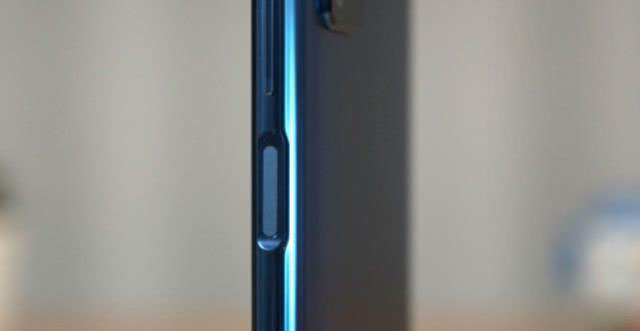 The V30 Pro removes the infrared remote control and headphone jack. Considering the complex requirements of 5G for antennas and the increased antenna breakpoints of the frame, it is not unacceptable to make a slight choice for 5G.

Of course, upgrading the front camera from a single camera to a dual camera design is the biggest change of the V30 Pro compared with the V20.

V30 Pro as the flagship LCD phone, the screen is naturally a bright spot. The first is the delicate appearance. As a 6.57-inch large-screen phone, even the resolution does not reach 2K, the details performance is not weaker than Samsung note 10. In terms of parameters, the manual maximum brightness reaches 532nit, and peak brightness is not supported. Although it does not meet the standard of OLED, this performance is enough for daily use. There is one that we have not yet experienced in this version-e-book mode, which uses mobile phones to create the feeling of electronic paper books, effectively reducing visual fatigue.

In terms of touch, swipe and tap operations can be performed normally, and will not affect daily use. The problem of yellowing around the blind hole has also improved significantly. Of course, it still can be seen if you look closely, but it does not affect the use. This is also a common problem of LCD and cannot be avoided completely.

In terms of the visual experience of digging holes, it is impossible to say that there is no effect. The dual camera brings a larger black "pill", and the presence is naturally stronger than that of the V20. At this time, it is very important to change the interesting wallpaper to match the phone.

In terms of battery life, it should be noted that the system we tested is still an early experience version, and there will be some changes in the future upgrade.The first is a standard three-hour endurance test. The V30 Pro has 76% remaining power and performs very well. Under the five-hour severe endurance test, the V30 Pro has a remaining power of 36%, which is slightly underperformance, and there is still optimization room. 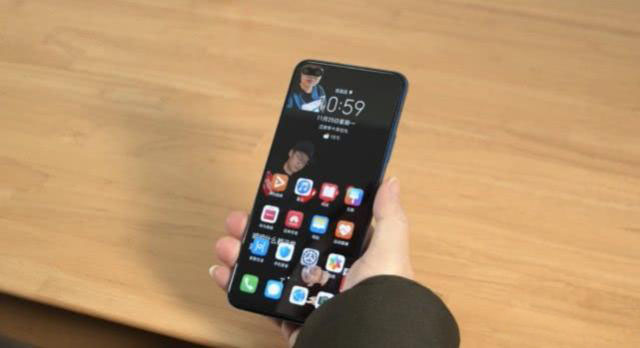 3.WIFI, Bluetooth, details
Dual Wi-Fi technology, which supports the transmission of game business data streams in the 2.4GHz and 5GHz bands at the same time. After all, there is only one wifi router in most users' homes, and 5G WIFI is difficult to cover every angle of the whole home. Going to the toilet during the game, 5G WIFI may be disconnected. It takes time for ordinary mobile phones to switch wifi. it is really very bad If you are fighting in a team at this time, so Dual Wi-Fi technology is really helpful for gamers. 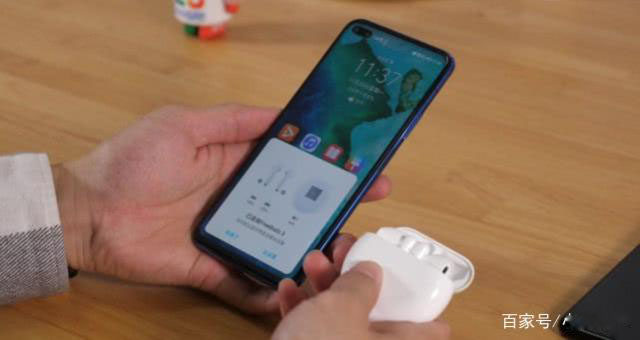 Super Bluetooth means that a Bluetooth headset under one account can be connected to multiple mobile phones, and can be manually switched at any time according to consumer needs. It is no longer need to disconnect and then connect, avoiding the trouble of re-pairing. Yes, Apple was the first one to make it, but in the Android camp, this is the only one.

Photograph
In terms of cameras, the Honor V30 Pro is equipped with a breakthrough camera matrix-Matrix Camera. Hardware is naturally the mainstream triple cameras solution, but this time Honor took the Sony IMX600Y in the RYYB arrangement, followed by a 12 million ultra-wide-angle movie lens and an 8 million triple telephoto lens. Both the main camera and telephoto support optical image stabilization.

In good daylight, the V30Pro's white balance and exposure are not a big issue. When shooting indoors with more complicated light, the CC9Pro's white balance showed a big difference from the other three. V30 Pro is as stable as Samsung and Apple. In terms of preserving details, the V30 Pro's picture is clearer and purer, with less noise in the dark, and it performs better than the iPhone11ProMax and Samsung Note10 +.When comparing the shadows in the dark, the Note10 + and CC9Pro have some smears because of insufficient light. The iPhone11ProMax is rich in details but the noise is obvious. The wall details of the V30Pro perform relatively best. After turning on the 40 million AI ultra-clear mode, the resolution of the V30 Pro has been improved greatly, the picture is purer, and the details are richer. Thanks to the multi-frame synthesis of the algorithm, the CC9 Pro can basically maintain 100 million pixels, but the disadvantage is that you need to wait for three seconds before shooting.
In terms of telephoto performance, because the Honor V30 Pro has an equivalent focal length of 81mm, it can shoot farther than the other three with 2x telephoto. When zoomed to the same size, the V30 Pro's picture is the clearest and purest. The CC9 Pro's 2x telephoto performance is also good, but the noise is more obvious like the previous test results. Of course, the CC9 Pro can also switch to 5x telephoto shooting. This time, the Honor V30 Pro's telephoto is also equipped with OIS optical image stabilization. When shooting in night scenes and dark light, the telephoto lens can be switched smoothly when the light is ideal, which greatly improves the filming rate.

The wide-angle ratio of the V30 Pro is the standard video ratio of 16: 9, so the photos are also longer than the ordinary 4: 3 ratios. However, its wide-angle angle is a bit small, so there are not as many pictures as the other three.
In fact, wide-angle is now divided into two genres. One is the wide-angle faction represented by Apple and Samsung, which is pursuing a wider picture. For example, the wide-angle has reached 13, 14mm, which can accommodate more content, but sacrifices the quality. The other is the image quality faction represented by Huawei Honor. The field of view of the wide-angle lens is not so wide, but it retains more pictures while retaining richer picture details and higher picture quality. Both schemes have their own advantages and disadvantages, and manufacturers' pursuit of differentiation is also a good thing for users.

In terms of night scene, the noise control of V30 Pro is the same as that of daytime, which is obviously lower than iPhone 11Pro Max and Note10 +, and the details are also richer. After turning on the night scene mode, the screen brightness is further improved.

The V series has always been the flagship series of Honor. V30 Pro is the flagship phone at the end of the year, with 5g 990+ Barron 5000, excellent triple cameras, fast charge, wireless and NFC, but also with a little youthful business style. Compared to V20, V30 Pro seems quite stable. In this price range, we really can't find any obvious shortcomings of the V30 Pro.

Posted in HUAWEI Review By